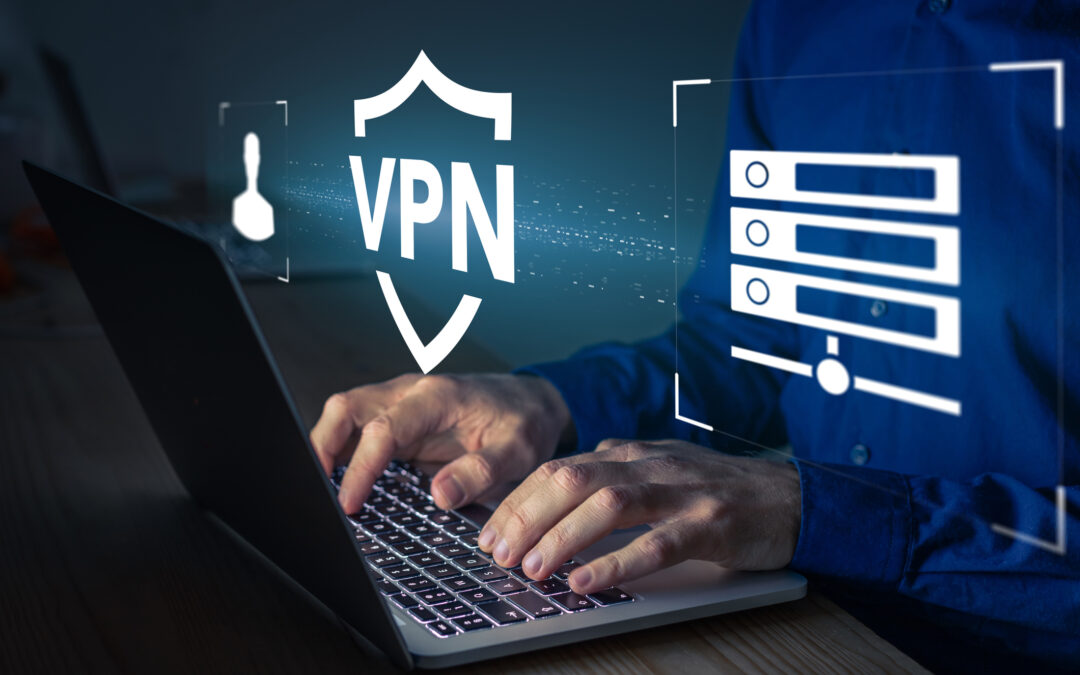 Do You Need a Virtual Private Network?

As beneficial as the internet can be to empowering individuals and enriching lives, there are negative aspects to being online.

We work tirelessly to deliver your high-speed internet service as safely and securely as possible. However, you still need to take steps to ensure your privacy and online security, too.

One of the most frequently cited recommendations to protect your privacy online is to use a Virtual Private Network (VPN).

But what exactly is a VPN, and how does it work? And do you really need a VPN?

Below we explain what a VPN is and discuss how it works, so you can make a more informed decision about whether to employ a VPN yourself.

What is a VPN?

A VPN is a private network that, once established and enabled, creates a secure “tunnel.” Through the tunnel, data sent and received by your devices online is transmitted to a private server, where the data is encrypted before moving throughout the internet.

In essence, then, through this process, your data is more protected and secure while you’re online.

How do VPNs work?

Once encrypted data arrives at these secure servers, it gets routed to its final destination, such as a website, email server, or social media app.

The VPN’s encryption process shields your I.P. address (your location online) and other sensitive personal data.

Similarly, by using a VPN, the internet traffic you receive has gone through the same more protected process before reaching your devices.

This sounds helpful—but do I need a VPN?

A VPN is a solid online privacy and security measure.

While some cybersecurity experts still recommend them, technically, you do not need one.

Until recently, VPNs were more necessary than they are today. But technology and online security have improved markedly over the years, with many websites and apps employing strong data encryption, helping enhance online privacy.

People who regularly use public Wi-Fi, such as in coffee shops or airports, are more vulnerable to hacking and cyber-attacks.

VPNs can help protect your devices (and online privacy) in those situations. But you can employ other security and privacy protections that can safeguard your data and internet traffic without using a VPN.

Whether you use a VPN or not, please don’t forget other essential protections, like password managers, anti-virus software, and ad blockers. They can protect your identity and prevent your online activity from being tracked.

Of course, should you have more questions about online security and privacy, FPUAnet Communications can always help. 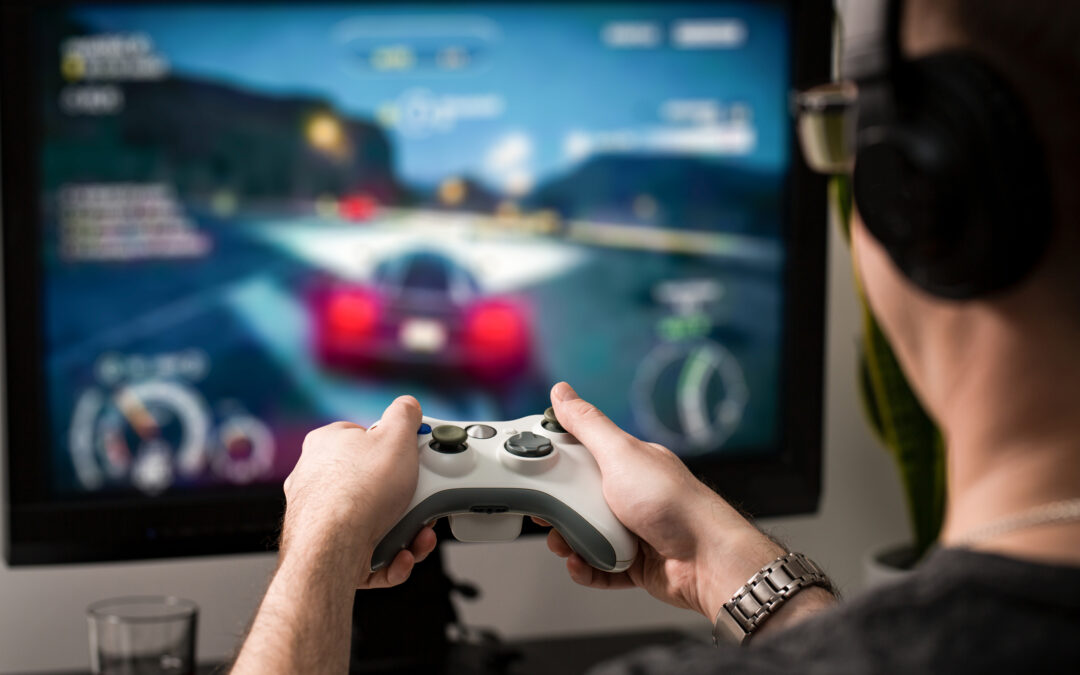 No matter the type of game you play, be it an epic role-playing title, a city builder, a tactical battle simulator, or a global strategy game, a faster, more reliable internet connection can make all the difference. When you don’t have to worry about your connection dropping, you can focus on coming out on top against your competition. And the advantages of faster internet for gaming extend well beyond the technical aspects.

Better internet means connecting and communicating with fellow players (whether you’re playing on a team or against them). And if you’re a streamer, you can be confident you’ll stay connected on platforms like Discord, Twitch, or YouTube.

Using the high-speed fiber internet delivered to you by FPUAnet Communications, gamers can be confident their internet will keep up with their game—and create a fantastic experience!

But how exactly does fiber internet improve gaming? And why does fiber’s technological power give gamers the edge they need to best their opponents and fellow players? Can fiber actually make a difference in the results and maybe even “up your game?”

We’ll answer these questions and explain why fiber surpasses other kinds of internet to make for a superior gaming experience.

The most basic and arguably essential part of any internet technology is its download and upload speed capabilities.

Download speeds clock the time it takes to transmit data, files, and other information from an online server to your device. Conversely, upload speeds refer to how long your device takes to share data, files, and additional information to an online server. These speeds are simply fundamental to any use of the internet, and they’re especially vital to gamers, whose every reaction and decision is made in just milliseconds—and often determine whether you win or lose!

Faster speeds get you into games much quicker, especially after an update is released. With faster download speeds, you can be among the first into the updated game—and, if your play is savvy enough, among the first victors to achieve awards and recognition—and all the bragging rights you’ve justly earned!

While faster downloading and uploading speeds are important, they are almost useless if not combined with greater bandwidth capacity. In simplest terms, bandwidth is the maximum capacity any particular internet connection can have.

Copper-based wires in basic coaxial cords used for cable internet are limited. Cable’s older technology cannot handle too much internet data at any moment; thus, its bandwidth is lower than fiber’s. This leads to more frequent freezes and delays—often in the middle of a gaming session—and the crashes and drop-offs dreaded by gamers everywhere.

So, the higher the bandwidth, the more data can be sent to and from your device for superior gaming performance—with enough bandwidth remaining to stream your games with friends.

One of the most frustrating technical snafus gamers experience relates to packet loss. A “packet” is a tiny collection of data transmitted over a network between an online server and your device. Packets are critical to any internet activity, from something as simple as sending an email to posting and viewing videos and gaming. But with some forms of internet, these small data units don’t arrive at their destination, causing maddening slow-downs, freeze-ups, and even crashes.

Packet loss can also impact other aspects of gaming, including hearing your friends’ voices—or even your own—sound like a robot while you’re playing on Discord! Packet loss (and low bandwidth) weakens Discord’s connection causing this distracting and embarrassing (if sometimes hilarious) side effect. Because fiber transmits data at nearly the speed of light, it can handle large swaths of packets (and data) much more efficiently. As a result, packet loss is reduced and keeps you on your game while maintaining voice quality.

Just as crucial as receiving all of your data and files through packets is ensuring that the data hits your devices in the correct order. Too often, with older forms of internet technology like cable, the data that your devices need to operate—and you need to game—arrives jumbled, a problem known in the industry as “jitter.”

Fiber’s superior capacity to transmit data at a near-light speed reduces jitter, especially compared to cable. Low jitter means that your data arrives correctly and in the proper order, creating a clearer, cleaner, smoother, and more reliable internet connection—and a much better gaming experience that won’t hold you back.

Finally—and to many gamers, the most crucial distinction—fiber internet ensures low latency. Latency is the time between a “request” sent from your gaming device to the game’s online server and then returned from that server to your device. Usually measured by the millisecond, the lower the lag, the shorter—and the better—the response time. So, latency is your internet connection’s response time for processing requests and delivering data back and forth.

Low latency means that your device and the game’s server better capture your agility, quick decision-making, and choices that can make all the difference to gaming outcomes. In addition, fiber’s inherently low latency means you can enjoy gaming online without nearly as much lag and stutter that too often plague online games.

Fiber’s advanced technology can significantly improve your gaming experience—and maybe even give you the competitive edge you’ve been looking for against your friends! It’s just one of the many ways that FPUAnet Communications keeps you connected and helps you stay ahead of the game.

And to learn more about how FPUAnet Communications’ high-speed fiber internet can make your online experience even better, follow our social pages!