How Fiber Optical Cable is Made 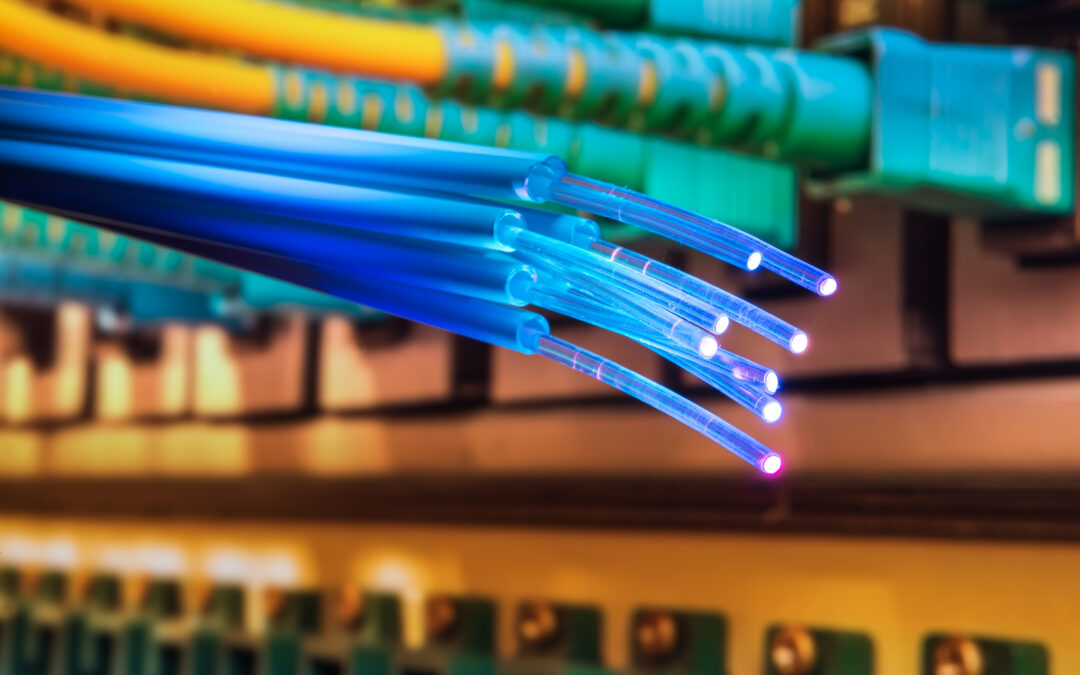 But just what is fiber optic cable, and how is it made? And what makes it so much better than copper cable?

Also commonly called fiber cable, fiber optic cable is a cable line filled with very thin filaments made from silica glass or plastic. The data is then transmitted using light pulses rather than the electrical signals used to move information on copper lines.

Fiber cable moves data much faster than copper lines—easily 20 times faster or more—and can accommodate far more data at once, which means more devices can use bandwidth-hogging applications at once without throttling, buffering, or other slowdowns that could occur during high-traffic times, like your business hours.

A quick history of fiber optic telecommunications
Alexander Graham Bell gets the credit for being one of the earliest experimenters with fiber optic technology, something he explored as he created the telephone in the 1880s. But it was almost a century later before commercial production began.

Credit for the big breakthrough goes to Corning engineers who found a way to make strands of glass that could move data contained within pulses of light that computers could then convert to usable forms for the human beings at each end. And critically, it could do all that without the light pulses leaking from the cable.

That was in the 1970s, at the dawn of the computer age. In fact, fiber optics grew up along with computers and the internet as telecommunications technology advanced at the revolutionary pace that we’re still seeing today.

The 3 Cs of fiber cable

Fiber optic cable is manufactured with three major components. From the inside out, that’s the core, the cladding, and the coating.

The core is the key to fiber optic’s ability to transmit data at very high speeds and very long distances without the loss of signal strength that can plague copper wire. It’s the center of the cable that contains the super-clear glass or plastic fiber comprising strands roughly the thickness of a human hair.

Then there’s the cladding. That’s another layer of glass that functions as a reflector to keep the light pulses inside the core as they hurtle to their destination at a pace that can approach the speed of light.

Finally, there’s the coating, a thin rubber layer that shields the fiber from scratches and other damage. (One thing the shield doesn’t have to do is contain electromagnetic signals. Electromagnetic interference (EMI) can be a major problem with copper cable, a problem that doesn’t exist when simply moving light.)

Creating the fiber itself

Optic fiber glass strands are created in a highly controlled environment and a multistep process that begins with a ceramic rod that attracts the silicon dioxide that then forms into a thick cylinder. Any moisture is removed in a high-temperature furnace and the resulting blanks are then placed vertically in an even hotter furnace for the process called the draw.

The draw is when the melting glass forms into strands used for both the core and cladding. After they cool, the strands are wrapped on spools and then later unspooled—either on-site or in a specialized finishing facility elsewhere—for the application of the rubber coating. They later can be joined together into multiple-strand cabling that can then be run through metal or rubber conduits and, when needed, separated back into individual strands at their final destination.

By building our network with this top-of-the-line tech, we can provide high-speed, high-capacity telecommunications that can easily handle your most demanding applications, including multiple VoIP phone lines, teleconferencing, large video uploads and downloads, and cloud-based, business-critical software—with speed, capacity, reliability, and security that copper lines simply can’t match.

To learn more about our fiber internet for your business, contact us at (772) 468-1697 or sales@fpuanet.com. We’re proud to keep Fort Pierce’s homes and businesses connected!